The First Reading: The third section of the Book of Isaiah has a universal outlook that is both inspiring and moving. During their exile in Babylon, the people of Israel continued to reflect on their understanding of God and their new experience in an alien land. Their vision of God had evolved — no longer was God merely Israel’s deity, but the God of all humanity.

God speaks of a time when peoples from every nation will be gathered together and instructed in the ways of the Lord. God intended to send survivors of the exile to many nations to proclaim the word, envisioning a time when all will stream towards the Holy Mountain to enter into God’s presence. Some will even be accepted as priests and Levites.

The New Testament did not invent a universal outlook — it was a further development of the vision of Isaiah. The simple fact is that God is far more generous, expansive and inclusive than we can imagine (or for some people, fear!). Right from the beginning of time, God’s plan has embraced all of humanity. We might ask why Christianity has always been plagued by theological, ethnic and class distinctions that have often resulted in terrible injustice and bloodshed. Could it be that we often substitute our own prejudices, hatred and fears for the will and compassion of God? We rebuild the barriers and distinctions that humans erect against one another almost faster than God dismantles them. As we face a world that is increasingly polarized and fragmented, our response could be to continue the work of Isaiah and the New Testament. The emphasis would be on welcoming and including, as well as persuading by kindness and mercy. Tribal theologies are deadly and have no place in the modern world.

Life can bring us some very hard knocks. We can react with resentment, self-pity, victimization or rebellion, and this is a road well-travelled. On the other hand, we can treat everything that comes our way as an opportunity for growth.

The Second Reading: Hebrews speaks of discipline — this is not some sort of punishment but the sort of training that an athlete, musician or scholar must undergo in order to be successful. For the follower of Jesus, this means meeting every challenging situation or person with dignity, grace and courage, and responding with patience and compassion. When we do so, we are the victor. We are never victims without our consent.

In our today’s Gospel someone asked Jesus: “Lord, are they few in number who are to be saved?” He replied: “strive to enter by the narrow door; for many; I tell you, will seek to enter and will not be able,” ( v24).

Jesus went on to say by using the parable that when the owner of the house has got up and shut the door and you begin to stand outside and to knock at the door, saying: “Lord open to us,” then in reply he will say to you, ” I do not know where you come from.” Then you will begin to say: We ate and drank with you and you taught in our streets.” But the Lord will say: ” I do not know where you come from; go away from me, all you evildoers,” ( vv25-27)

What is the highest point of interest in this parable (vv25-27) is that those who tried to enter heaven, they said: “We ate and drank with you.” They ate and drank with the Lord Jesus. From these words we can understand one implication, that they were receiving the sacrament of the Holy Eucharist. If such is the case why then are they lost? Why does Jesus say that he does not know where they come from? We can have 2 possible answers.

In the first place it may refer to those who eat the bread or drink the cup in an unworthy manner. St. Paul said that whoever ate the bread and drank the cup of the Lord in an unworthy manner would be answerable for the Body and Blood of the Lord. In other words those who receive Holy Communion in a state of sin, they will receive judgment against themselves. It is under this background that the Lord Jesus instituted the sacrament the sacrament of confession. The sacrament is purposely for the soul to be forgiven of its sins, to be made righteous in the eyes of God.

The second possible reason as to why many are lost is because they do not choose the narrow door. This means they prefer a religion that is not too demanding, one that does not make it mandatory to attend mass every day. They want their way, not God’s way. For instance by this they support an immoral way of life, they support a culture of death like abortion, death penalty, divorce, same sex marriage, corruption etc.

What can we say about the narrow door? This is the symbol of the hardship of life for those who follow Jesus. It is the symbol of accepting poverty, being of charitable heart, forgiving others, being patient and many others. It symbolizes a situation of not being ashamed of Jesus, of going forward and proudly speaking of his salvation. It is symbolic of accepting persecution for the sake of the most name Holy Name of Jesus. Jesus said: “Those who are ashamed of me and my words in this adulterous and sinful generation, of them the Son of Man will also be ashamed when he comes in the glory of his Father with the holy angels,” ( Mk 8:38).

How can one be saved? The answer is apparent, that is to be a friend of God. There are only two kinds of people in this world: those who are being used by God for his purposes and those who are using God for their own purposes. Between the two, one is serving God and the other is serving his own desires. Thus for us who are trying to become friends of God, let us try to do what is expected of us by God. We are not to live for ourselves but to live for God and respond to his call and purpose.

In relation to our readings today, who is a good Catholic? The good Catholic is one who recognizes that he is a sinner and that he goes to church to listen and understand the Word. Such people are practicing their faith because if they do not do this, they know they are not following Christ well. To be a good Christian means more than just going to Mass once a week, although, of course, it also includes this. To be a Christian is to grow spiritually while we follow Christ honestly and humbly.

First, the Gospel begins with a question raised by somebody in the crowd at Jesus, “Lord, will only a few people be saved?” For those people who are serious in their Christian life, this is also a question that they would be asking. It has been clear to these people that, despite the objective redemption brought by Jesus through his passion, death, and resurrection, we nevertheless make this salvation as our own. This is what we call the “appropriation” of this salvation. It means that we must work for this salvation. We must be good so that we would be saved. But we have noticed that Jesus did not make a categorical answer to that question. It appears that it was a wrong question. In the end, salvation is grace. This plan of salvation initially came from the Father and it is the Father alone who exactly knows how many would be saved.

Secondly, for Jesus, the real question should not be “How many would be saved?” but rather, “How can salvation be attained?” With this question, Jesus gave us a clear answer. He said, “Strive to enter through a narrow gate, for many, I tell you will attempt to enter but will not be strong enough.” Thus, salvation does not come cheap. It should be hard-earned. This is a reminder for people who presumed too much. Presumption is a sin against the virtue of hope. There are people who would philosophically say, “Anyway, God is good and he wills everyone to be saved. So why work for salvation when we are already assured of it?” But in the words of Jesus, we learn that the road to salvation is not that easy. Fidelity to God and his teachings is not easy. We cannot afford to remain complacent. We need to work on it and we need to be strong enough to persevere in our drive toward attaining salvation.

Thirdly, our affiliation to a religious organisation, like say the Church, cannot be a guarantee of salvation. In the parable we heard that many would say to the master of the house, “We ate and drank in your company and you taught in our streets.” But the master would reply, “Depart from me all you evildoers.” Let us take note of the keywords: ate, drank, taught. The celebration of the Eucharist can have those elements of “eating”, “drinking” and “teaching”. We listen to the Word of God, and we partake of the body and blood of Christ during the celebration of the Holy Mass. In other words, we may say that we have affinity with Jesus the Master because we come to the celebration of the holy Eucharist. But this would not count if, in life, we are evildoers. So it appears that the real guarantee to salvation is the quality of our moral life. I mean, the way how we live our life. 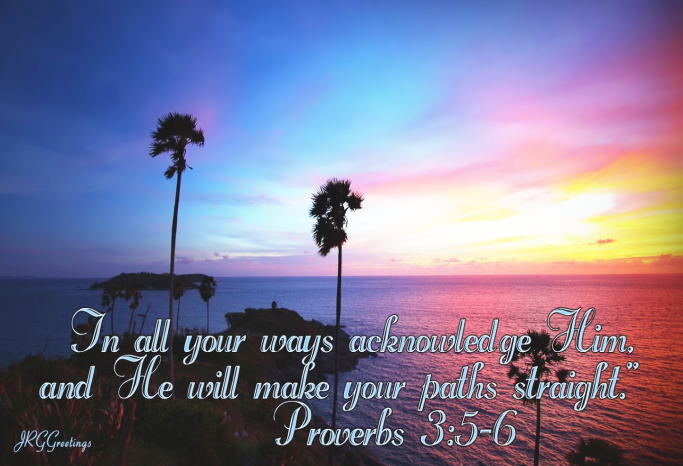