The Commemoration of All the Faithful Departed (All Souls)

Posted on November 2, 2016 by friargaspar

Come, you who are blessed by my Father;
Inherit the kingdom prepared for you from the foundation of the world.

Today I am going to tell you something that ought to be said at funerals. It never is said because of the grieving friends and family and because these words are for all and can be very heavy if all placed on the one person who has died, but today, All Souls Day, is an opportunity to say this more generally, without causing undo grief:

Getting into Heaven is hard.

So thank God for Purgatory! What is Purgatory? St. Paul calls it salvation by fire. Christ does too. He tells us to avoid “Hell where their worm does not die and the fire is not quenched, but everyone”, he says, “will be salted with fire.” He likens it to a debtors’ prison, where we will not be released until we have paid the last penny.

Some say that Purgatory is the imperfect soul getting used to Heaven, like a person dipping their toe in a hot bath or a cold pool. It hurts at first, but eventually we become accustomed to it and glad for the comforting hot water or the refreshing cold water. Or like walking outside after being in the dark, the light hurts our eyes at first, until we become accustomed.

If someone gets into Purgatory, there is no chance of failure. Everyone stays there until they succeed. From Purgatory, the soul can see Heaven, so they embrace all the necessary suffering with joy, keeping their eyes fixed on the final destination. If a soul spends 10 million years in Purgatory, they know that they will have forever in Heaven. Ten million years is not even a fraction of forever.

We should understand that time in Purgatory and time on earth do not run by the same clock. So ten million years passes there and only a little while passes here. The time between the death and the funeral could be centuries in Purgatory. I know that some people put their faith in promises about being released from Purgatory on Saturdays, but in that time, as much time passes as is necessary.

So we, for our part, should pray ceaselessly for the faithful departed. Our prayers can do so much good for the souls in Purgatory. Not only today, but every day. Who knows how much time passes from one All Soul’s Day to the next? And the most powerful prayer, by far, more powerful than any special holy card you might find, is the Mass. We offer every Mass for the faithful departed. Every Mass has an intention for a soul in purgatory. Even if it is offered for some other intention, a sick person or thanksgiving or anything else, there is a separate intention for the souls in Purgatory.

It is true that there have been problems with indulgences. One kind of sacrifice is giving money to the poor, so if I collect money for the poor and tell you it is an indulgenced act, it could look like I am selling you an indulgence, which is of course nonsense. And if a few priests, hundreds of years ago, expressed this poorly, it does not void the truth.

Whether prayer or fasting or almsgiving, or any other suffering, such as a sickness or suffering injustice without complaining, we can offer it up and help the souls in Purgatory. And every suffering that we do, in addition to helping the souls now in Purgatory, counts as time off our own time in Purgatory. Every sin we commit adds to the time, even after it is forgiven, and everything we suffer subtracts from the time. 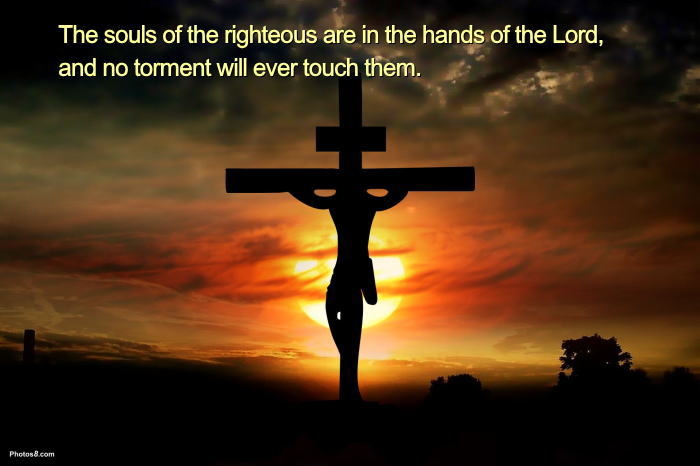