The Resurrection of the Lord – B

THE TRUTH OF THE RESURRECTION MAKES EVERYTHING NEW!

A man sitting in his boat enjoying his ride in the lake saw a bunch of water beetles at play. Suddenly one of the beetles began to crawl up the side of the boar. When it got halfway up, it attached the talons of its legs to the wooden side of the boat and died.

The man watched for a minute; then he turned back to his book. About three hours later, he looked down at the dead beetle again. What he saw amazed him. The beetle had dried up, and its back was starting to crack open. As he watched, something began to emerge from the opening; first a moist head, then wings. It was a beautiful dragonfly.

Then the dragonfly began to move its wings. It hovered gracefully over the water where the other beetles were at play. But they didn’t recognize the dragonfly. They didn’t realize that it was the same beetle they had played with three hours earlier. The man took his finger and nudged the dried-out shell of the beetle. It was like an empty tomb.

I see the Resurrection in this story. The agonizing Good Friday, silent Holy Saturday and a triumphant Easter Sunday at every bit of human life and the life of the entire universe.

Every physical ailment is a good Friday- losing one’s health, being helpless and hopeless, groping in the darkness. The healing and the recovery of health is nothing but a sharing in the new life of the resurrection

Every fall-sin, is a good Friday,- empty dark, broken, naked before oneself and God. It is a spiritual death. Conversion, return, repentance, wholeness, is a blessed Easter.

Greed, covetousness, self-love, is a Friday; let go, sharing, charity, we –ours, win-win attitude, is resurrection.
Jesus gave us an incredible teaching. He told us that persisting through the greatest struggles and trials, hardships and pain leads to triumph. He taught us that life triumphs over death. Then he proved it He rose from the dead.

The Resurrection… central theme of our faith.

o Prophesied every time he announced his passion: “the third day he will rise” given as proof of his authority: “Destory this temple (his body) and in three days I will raise it up again.” (Jn2:19)

o “If Christ has not been raised then our preaching is in vain, and your faith is in vain…you are still in your sins” (1 Cor 15:14 ff)
o Sin is the reality, death is the sign of sin. Resurrection is the sign that sin is overcome. Rom 5:14 ff

I see Easter happening when…

– Someone sick with terminal illness is recovering
– Those who have lost their jobs still trust in divine providence…
– Those in sin ask for pardon…
– Those who see no hope, yet trust that something good will happen
– Those in a broken relationship are being healed
– A wayward son or daughter comes back to the fold
– Those addicted to vices leave them

Let us not be like tombs, hidden form men and the world and to ourselves, happy to be in the dark and shadow of sin and death. But teach us to love our real life, which is truly hidden in us, to break open and be free.

Nails and Stone could not keep Christ beneath- He Rose. So too if we truly belief in Jesus and in the Baptism we have received, our sins cannot nail us or cover us… we too will rise.

In the Middle of Darkness: Mary and the other women were without hope. Jesus was dead. The only thing left was to give him a proper burial. What would be the future of this group Jesus had gathered around him? They had even heard that some members of the group were leaving today, to return to their homes because now that Jesus was dead, everything was over. It was now meaningless to be his follower. It was hard to believe that it was really all over, but that seemed to be the truth they had to face. The darkness of discouragement does not belong to a Christian.

An Unexpected Light Dawns: In the middle of their doubt, in the middle of their sorrow, in the middle of their hopelessness, a ray of light enters that grows to blinding proportions. The stone is gone, rolled back. They hurry into the tomb, fearing the worst, but the tomb is filled with light instead of darkness. How? A man…? No, an angel! He is smiling at them. He gives a message of unbelievable good news. Jesus is risen! He will see you in Galilee! But somehow the angel’s impossible words bring them comfort, peace and even belief.

A New Perspective on Everything: The angel has given them a mission. They are to announce the Resurrection to the others. They have a message and they know it is of the greatest importance. Jesus, their hope, is alive. The truth of the Resurrection makes everything new.

In a very true sense, we can say that the Easter Vigil resembles an annual spiritual retreat. Contemplating the readings of the word of God gives us matter for our reflection; the renewal of our baptismal promises constitutes our response, a renewal of our commitment to be faithful followers of Christ. And finally at the Eucharistic table we receive the Risen Lord in the bread and wine that continue to nourish and strengthen us as we live our faith in the Galilees of our lives.  Salvation history continues in all of us.  Alleluia 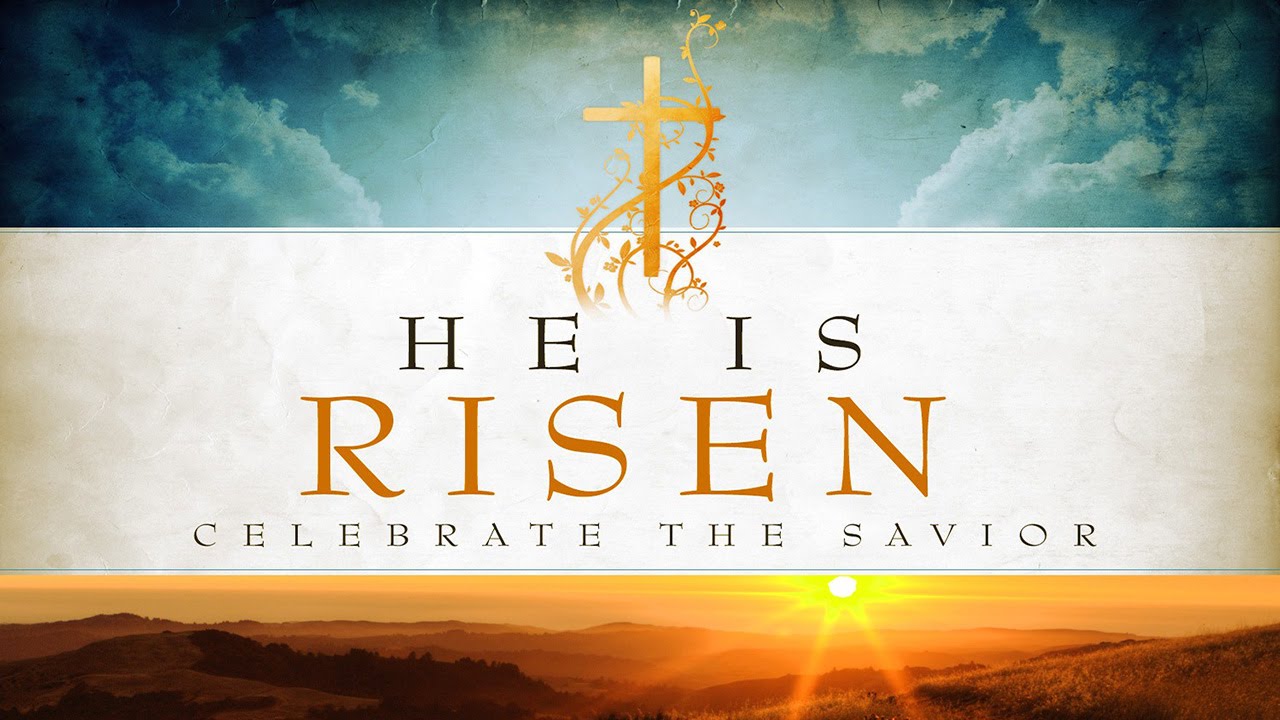 This entry was posted in Easter Season, English, Fr Franco, Year B. Bookmark the permalink.