The Epiphany of the Lord – C

O Come, Let Us Adore Him

Gold, frankincense and myrrh may be thought of as prophesying Jesus’ future. Gold was a gift for kings; frankincense (an ancient air purifier and perfume) was offered to God in Temple worship (Ex. 30:37); and myrrh (an oriental remedy for intestinal worms in infants) was used by the High Priest as an anointing oil (Ex. 30:23) and to prepare bodies for burial. These gifts were not only expensive but portable. Perhaps Joseph sold the gifts to finance the Holy Family’s trip to Egypt. The gifts might have been God’s way of providing for the journey that lay ahead.

The Epiphany can be looked on as a symbol for our pilgrimage through life to Christ. The feast invites us to see ourselves as images of the Magi, a people on a journey to Christ. Today’s gospel also tells us the story of the magi’s encounter with the evil King Herod.

a) A group of people headed by Herod plans to destroy Jesus
b) Another group composed of priests and scribes ignores Jesus
c) The members of a third group — shepherds and the magi — adore Jesus and offer themselves to Him.

A. The destructive group

King Herod considered Jesus a potential threat to his kingship. He was a cruel and selfish king who murdered his mother-in-law, wife, two brothers-in-law and three children on suspicion that they had plotted against him. Later, the Scribes and Pharisees plotted to kill Jesus because he criticized them and tried to reform some of their practices. Today, many oppose Christ and his Church because of their selfish motives, evil ways and unjust lives. Children still have Herods to fear.

B. The group that ignored Christ

The Scribes, Pharisees and the Jewish priests knew that there were nearly 500 prophecies in the Hebrew Scriptures concerning the promised Messiah. They were able to tell Herod the exact time and place of Jesus’ birth. They were in the habit of concluding their reading from the prophets on the Sabbath day by saying, “We shall now pray for the speedy arrival of the Messiah.” Unfortunately, they were more interested in their own selfish gains than in discovering the truth. Hence, they refused to go and see the child Jesus–even though Bethlehem was quite close to Jerusalem. Today many Christians remind us of this group. They practice their religion from selfish motives such as political power, prestige and recognition by society. They ignore Jesus’ teachings in their private lives.

C. The group that adored Jesus and offered Him gifts

This group was composed of the shepherds and the Magi. The shepherds offered the only gifts they had: love, tears of joy, and probably woolen clothes and milk from their sheep. The Magi offered gold, in recognition of Jesus as the king of the Jews; frankincense, in acknowledgment that he was God, and myrrh as a symbol of his human nature.

1. Let us make sure that we belong to the third group.

a) By worshipping Jesus at Mass with the gold of our love, the myrrh of our humility and the frankincense of our adoration. Let us offer our very selves, promising God that we will use His blessings by doing good to our fellow men.

b) By choosing a better path for our lives. Just as the Magi chose another route to return to their home, let us choose a better way of life, abstaining from proud and impure thoughts, evil habits and selfish behavior and actively doing acts of charity.

c) By becoming the Star, leading others to Jesus, as the star led the Magi to Him. We can remove the darkness of evil around us by being at least like burning candles radiating Jesus’ love by selfless service, unconditional forgiveness and compassionate care.

2. Like the Magi, let us offer Jesus our gifts on this feast of Epiphany.

a) The first gift might be friendship with God. After all, the whole point of Christmas is that God’s son became one of us, to redeem us and call us friends. God wants our friendship in the form of wholehearted love, commitment and devotion.

b) A second gift might be friendship with others expressed by encouraging them by our visits and helping them in their needs.

c) A third gift might be the gift of reconciliation. This is the gift of repairing damaged relationships in and outside our families. Giving it requires honesty, humility, understanding, forgiveness and patience.

d) The fourth gift of this season is the gift of peace: the seeking God’s peace in our own lives through prayer, sacramental life and daily meditation on the Word of God.

Mary: listens to the word of God and lived it in their lives.
• They looked up not to the stars but the maker of the stars.
Magi:
• They leave their status, comfort and privileges and followed the start to seek and find the child born in a manager.

To have FOCUS on God.
• If not we will get lost
• Magi looked up and saw the star- found their way
• Looked down and not just lost their way- but went to the wrong king.
• It was not in the palace that they offered their gifts, but at the manger they offered their Gold, Frankincense and Myrrh.
• Like in our studies
– When we do not focus we lose track

Gifts:
What gifts of SELF, VIRTUE AND AS GOOD HUMAN BEING
What is our treasures (Sweet/ electronics…)

The Magi:
• Came by their own way.
– Their own old self, their majesty
• But they went back
– Not just from a different route
– But with a different life style, more simple and humble, more generous.
• Because they:
– FOUND the real KING
– EXPERIENCED Love in simplicity
– WORSHIPPED God the King of Kings.

The same with each one of us. After meeting Jesus, we must be different. Some change in the road of life we take and the person we are.

Christmas = Jesus comes into the world.

Epiphany: His coming is announced to all the world.

Having Jesus (sacraments) we do not use it but others take a lot of advantage.

Having scripture- Jews did not seek Jesus but the Gentiles, who borrowed sacred scripture found and worshipped Jesus.

many missionaries do come and visit us and share their stories and experience with us. Why don’t we adopt and pray for some missionary this year, if we are not able to be one. 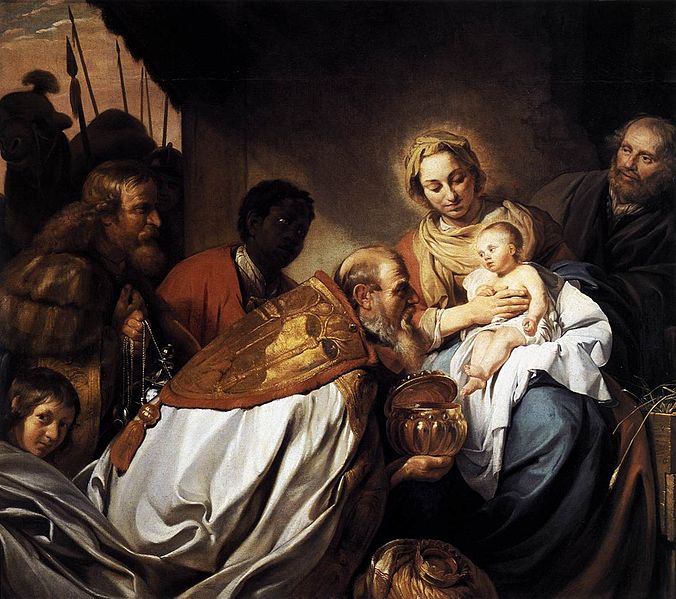