STRIVE FOR THE GREATEST GIFT: LOVE

We are privileged to be called by God, to be his prophets; to proclaim his words to the world. But the gift of prophesy is of no avail, without the gift of love.

Today’s gospel is a window into Jesus’ life. Jesus grew up in atypical Jewish fashion. Learning the trade of his foster father, Joseph. He shared the common experience of family and work. It also indicates that his weekday work led him to worship in a synagogue on the Sabbath.

All four gospels report; that Jesus was rejected by his hometown and home synagogue. All four gospels say that a prophet has no honour in his own hometown. What was the reason? Familiarity! Familiarity breeds contempt! They knew him too well. When they looked at Jesus, they only saw a humble carpenter from a poor family. They did not recognize him as the Son of God.

We too very often, we tend to overlook the positive and good things in others.

The prophets too were rejected! Prophet Elijah had to run away into the mountain where there was no food because the king sought to kill him. Prophet Daniel was put into a cave with lions. Prophet Jeremiah was imprisoned in Jerusalem until the city was destroyed. Human being are more inclined to believe in falsehood than the truth. Eve chose to believe in the lie of the serpent and reject the truth of God’s instruction.

One of Martin Luther’s schoolmasters used to remove his hat when he met his class of small children, pointing out that no one could know what might be included in the group. He would say in this class there might be a future mayor, or chancellor, or doctor, or engineer! We are called to look at each other as God’s work. God doesn’t make junk.

The answer of how to look at God’s work is given in today’s second reading of St Paul to the Corinthians. “If I have all the eloquence of men or of angels, but speak without love, I am simply a gong booming or a cymbals clashing!” May have the gift of prophesy, understanding and knowledge, may have everything, even faith to move mountains, but no love; then I am nothing.

Love: is patient and kind; not jealous, boastful, conceited, rude, selfish, resentful. However it is always ready to: excuse, trust, hope, endure. Love does not come to an end. This is the best way to look at people and to avoid rejecting.

In today’s Gospel, Jesus is rejected at his own home town Nazareth. Why? Because:

1. Jesus did not behave according to their expectation.

People of Nazareth had only a partial view of Jesus, as the son of Joseph.
– Mere man, like themselves and nothing more
– Saw him grow up like the other boys
– They knew his parents.

They made their judgements from what they had seen and known about Him. They did not look beyond his appearance. Their experience was true- but it was limited. They did not;
– Hear the angels message
– Hear the words of Simeon- light for the nation
– Seen heaven open at his Baptism.
Thus they had a very limited knowledge.

Thus we should be different from the people of Jesus time, we should not have partial views.

2. Jesus did not speak up to their expectation:

The Jews always guarded their God- YWH. They were selfish people with regards to God’s blessings, mercy; that was meant only for them. Did not like God to extent his mercy to Gentiles.

Today Jesus points out two instance where YWH sent His prophets to help the Gentiles:
– Elijah was sent to a Gentile widow
– Elisha, to Naaman the Syrian.

When Jesus pointed out to them of the extension of God’s compassion and mercy to Gentiles, the people of Nazareth became furious and wanted to stone him. They wanted God to behave as they expected Him to behave.
– We cannot bend God’s will to our will
– We have to show God’s mercy to others also, not just to our own people, friends, but to all types.

3. Jesus did not perform according to their expectations.

The people wanted Jesus to perform miracles for them, as a condition to believe in Him. But Jesus did not perform many miracles at Nazareth because of their unbelief. He did not do miracles to satisfy: their yes or their curiosity.
But when someone needed a miraculous healing and approached Him with faith, He healed them; example of Bartimaeus and Centurion servant.
Faith is the secret which unlocks the power of God.

The people of Nazareth were LOSERS, because they rejected Jesus.
May we be the opposite; by knowing Him, living with Jesus and believing in Him in all moments of our life.

In a small town in New England the people waited for the coming of a prophet and holy man, who would look like the features of a stone outcropping in the local hill side. They waited, but no one ever seemed to come, and the village lost hope and spirit. One day an old man of the town died and, as he was laid out, someone noticed that he did look like the face in the hill. He had been with them all the time and they had never recognized him until it was too late! —- Nathaniel Hawthorne 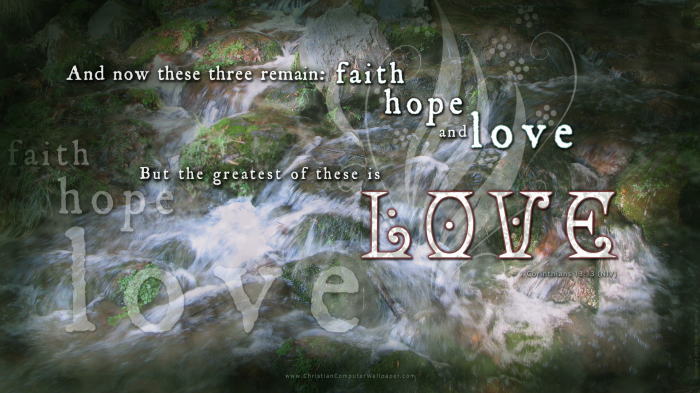