Are we ready to follow Jesus with a single-minded devotion!

There are several films on Jesus. Each movie has its own take on the life and message of Jesus as narrated by the Gospels and, sometimes also, using extra-biblical sources. One of my own favorite films on Jesus is Jesus of Nazareth, directed by Franco Zeffirelli, and produced by Rai-Uno, the Italian TV Channel. In fact, it was originally produced as a TV serial in 1977, and later distributed in film form in different languages.

There is one particular scene in that film, that is worth recalling here in the context of the gospel text of today. “A picture is worth a thousand words,” they say. Even with the limitation of words in comparison to image, let me attempt to describe the scene: one evening, Jesus and his first disciples are settling down to sleep under some trees. The lighting is dim and rather contemplative. As the disciples prepare their meagre beddings, which are just some pieces of linen, Jesus himself is seen seated leaning his back against the trunk of a tree, and having his feet out-stretched. Jesus’ posture suggests that he is actually praying.

From behind Jesus, there comes a young man – neatly dressed, handsome and confident. He bends over the shoulders of Jesus and says something to this sense: “Rabbi! I am not like some of your disciples here, my father took me to school. I speak Hebrew, Greek and Latin. And I can manage some accounting as well. May be you need someone like me!” Jesus who had turned towards the young man all the while, now looks at him sternly and says, “A tree is known by its fruits. Stay with us.” You might have already guessed who this was. Judas Iscariot! An interesting portrayal of the call of the man who would be His betrayer!

The Scheme of the Gospel of Luke

In the Gospel of Luke, from chapter 4 until chapter 9, Jesus has been basically ministering in Galilee, around the Northern districts of Palestine. Luke 9:51 states: “Now it happened that as the time drew near for him to be taken up, he resolutely turned his face towards Jerusalem…” This grand journey will culminate with the triumphant entry into Jerusalem in Luke 19. Lukan writing has an agenda: in the Gospel of Luke, the Good News that is proclaimed for the first time in Nazareth (Lk 4) travels to Jerusalem, the capital of the Jewish world (Lk 20 to 24). In the Acts of the Apostles, after the Pentecost, the Good News that is proclaimed in Jerusalem travels to the capital of the known world then, Rome. The Good News is always on the way. In fact, in the Acts of the Apostles, Luke refers to the Christians as, “the followers of the Way” (Acts 9:2; 18:25; 19:9).

Back to the Gospel, as Jesus is on his way towards Jerusalem, a crowd of disciples begin to rally behind him. From time to time, Jesus would turn around and offer some thoughts on discipleship, and remind them very plainly of what is going to happen at the end of the journey. For instance, in Lk 9:22, “The Son of man is destined to suffer grievously, to be rejected by the elders and chief priests and scribes and to be put to death, and to be raised up on the third day.” And again elsewhere, “he is destined to suffer grievously and be rejected by this generation” (Lk 17:25).

Against this backdrop, in the gospel text of today we have three examples, which, in my opinion, add up to present two major themes about discipleship.

I will follow you wherever you go (Lk 9:57): It is God who initiates a vocation.

As they travelled along they met a man on the road who said to him, ‘I will follow you wherever you go’” (Lk 9:57). The situation is much like that which was portrayed by Zeffirelli about the call of Judas Iscariot. How can a human being send himself to follow God/Jesus? Vocation is God-given. It is God who takes the first step. Of course, God does not force the human person to follow him. God patiently waits for the human decision to follow… but it is God who initiates the process. When Jesus heard the proposal of the man in the gospel of today, he must have been laughing to himself: does this guy really know where I am going? So Jesus reminds him of the consequences, in a sense, Jesus discourages him, “’Foxes have holes and the birds of the air have nests, but the Son of man has nowhere to lay his head” (verse 58).
The third man in the story also takes the initiative to express his desire to follow Jesus, but he has a condition – more realistic perhaps! “Another said, ‘I will follow you, sir, but first let me go and say good-bye to my people at home.’” May be the man got the idea to follow Jesus in the spur of the moment and wanted to express it to Jesus, so that Jesus could wait for him. It might become too difficult to catch up on the Way! Again Jesus warns this guy, “Once the hand is laid on the plough, no one who looks back is fit for the kingdom of God.” Jesus wants us to have a single-minded devotion on the Way.

Luke does not tell us what the reaction of the men was: did they go on to take up the challenge and follow Jesus? Maybe not. What is the moral of the story for us? We need to recognize that it is not we who chose to follow God/Jesus, but it is he who prompted a call within us, and we decided to follow him. So no one can boast about his vocation of being a Christian – a follower of Jesus. It was just a gratuitous gift that God in his goodness has offered us. Secondly, once we have responded to the call of God, we need to be resolute in that call. We need to have a single-minded devotion!

These two stories are sandwiched by another story of Jesus calling a man: “Follow me” (Lk 9:59). The man does not really say, no. But his implied yes is conditional: “Let me go and bury my father first.” It is interesting to pay attention to details here. This does not mean that the father has already died and they are making funeral arrangements. Let us remember that in the Semitic cultures, as in many traditional cultures, the dead are buried on the same day, so if the father is already dead this man would not be on the street to be met by Jesus. What he is saying is, he will remain with the father until he is dead, and then he would fulfil his duty as a son, and then he will follow Jesus. Fair enough, from the human perspective. But, from the divine perspective, it seems not good enough.

Jesus seems to be inhuman in his reply, “Leave the dead to bury their dead; your duty is to go and spread the news of the kingdom of God.” God in Jesus is worthy of more devotion than what is due to even one’s own parents. Seems counter-cultural, but that is the challenge that Jesus throws to us. Later in the Gospel of Luke Jesus would say, “Anyone who comes to me without hating father, mother, wife, children, brothers, sisters, yes and his own life too, cannot be my disciple” (Lk 14:26). This is very much unlike Luke, Matthew has it in a milder way (Mt 10:37). Usually Luke presents Jesus as being very compassionate and kind. But when it comes to discipleship, Luke does not mince his words. Yes, Jesus does not mince his words about discipleship.

Are we ready to follow Jesus with a single-minded devotion! 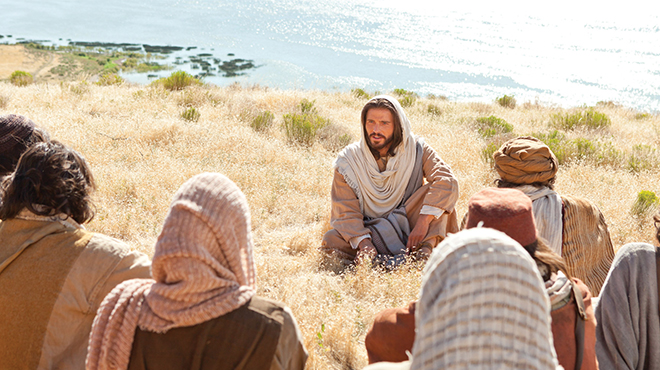