One of the realities that we notice in urban life today, across the globe, is speed. Speed. Having spent my recent years in cities, I feel sucked into speed. I get into a car every morning and rush to work. Every evening I get back into the car and drive – either cursing the slow driver in front of me or being pushed from behind by a driver who is in a hurry. While in office, I read emails from people who want replies today! Others want a report immediately. Still others let you know of meetings and programs just now. Meanwhile I want to multitask: producing an article for publication, preparing my lessons, answering phone calls, and replying to emails, while rushing for the next meeting. What has happened?

Human beings keep inventing machines to save time, and what we hear all the time is: there is no time!

Every time I sit to evaluate my work and ministry, I put down a repeated phrase: Slow Down! But I am not just able to sit down. Even if I do, others keep pushing me. And I don’t want to appear lazy and inefficient.

The Gospel of today challenges me to slow down, sit down and listen!

“Martha, you are anxious and worried about many things.”

The words of Jesus to Martha in the gospel story of today are not to be taken to be encouraging laziness. Nor is Jesus blaming Martha for her hard work. After all, she was doing what she was doing for the Lord. But the Lord’s reaction has a deeper meaning:

“Martha, burdened with much serving, came to him and said, “Lord, do you not care that my sister has left me by myself to do the serving? Tell her to help me.” The Lord said to her in reply, “Martha, Martha, you are anxious and worried about many things. There is need of only one thing. Mary has chosen the better part and it will not be taken from her’” (LK 10:40-42).

Her problem was that she was “burdened with much serving”; she was distracted, she was fretting, being anxious and worried about many things. So a question that I am invited to ask myself today is not how busy I am, but am I able to do what I am doing gracefully – without being anxious and worried. Jesus reminds Martha and me that unless our hard work flows from a spirit of contemplation it becomes burdensome causing much fretting and worrying.

“Mary sat beside the Lord at his feet.”

The posture of Mary in the gospel text of today is very crucial. Mary sat at the Lord’s feet. It is a posture of a disciple. She has made herself a disciple of Jesus. She has broken a taboo. What woman in the times and culture of Jesus could make herself a disciple of a rabbi? In the temple in Jerusalem the women had their own area – they were not allowed to go into the area where the sacrifice was being offered. In the synagogues they listened to the Torah from behind a curtain. While a Jewish boy would be introduced to reading the Torah at the age of 13, through the ceremony of Bar Mitzvah, the girl has to be satisfied listening to the Torah being read to her. Given such a cultural-religious context, surely, the scene of a woman sitting at the feet of the Rabbi – Son of God – is an anathema. Even Martha can’t bear the sight. She complains. She reminds the master and the disciple that the place of a woman is the kitchen.

“Mary sat beside the Lord …listening to him speak.”

The second aspect to pay attention to in the gospel story of today is the disposition of Mary to listen to him speaking. Here we notice a movement from discipleship to contemplation. In a sense, there are not two separate movements. A disciple is invited to contemplation. Mary has responded to that invitation. “Mary sat beside the Lord at his feet listening to him speak” (Lk 10:39).

The speed that I talked about in my introduction, the ambient of noise we live in, in our cities, and the busy nature of our life also tend to influence our prayer and relationship with God in Jesus. We want to talk too much in prayer – often asking for favors, and we want it now. We tend to rush with our prayers – always in a hurry to catch up with something else. The gospel story of today invites us to just sit there in prayer, listening to him speaking. This is contemplation. We need to resist the temptation to be doing something even in prayer – however prayerful that is. We just have to sit and listen.

Contemplative prayer is a form of Christian prayer in which one gives one’s full attention to relating to God in a passive, non-defensive, non-demanding way. It is a patient waiting on God to deepen one’s confidence in God’s power and love. This attitude in prayer that builds increased confidence in God, also frees the person to love others more unconditionally – compassionately. This is what Jesus is inviting Martha to.

Returning to my own struggle with the myriad of commitments and my need for contemplation, how do I build an attitude of “sitting at his feet listening to him”? I try to spend some fixed moments during the day in silent contemplation, and when I drive to and from work, I try to listen to God in my heart and mind. The Martha in me is still in the process of becoming Mary.

And there is a conviction growing in me – though very slowly – that which the great Carmelite mystic, St Teresa of Avila, summed up: “Let nothing perturb you, nothing frighten you. All things pass. God alone does not change. Patience achieves everything.” 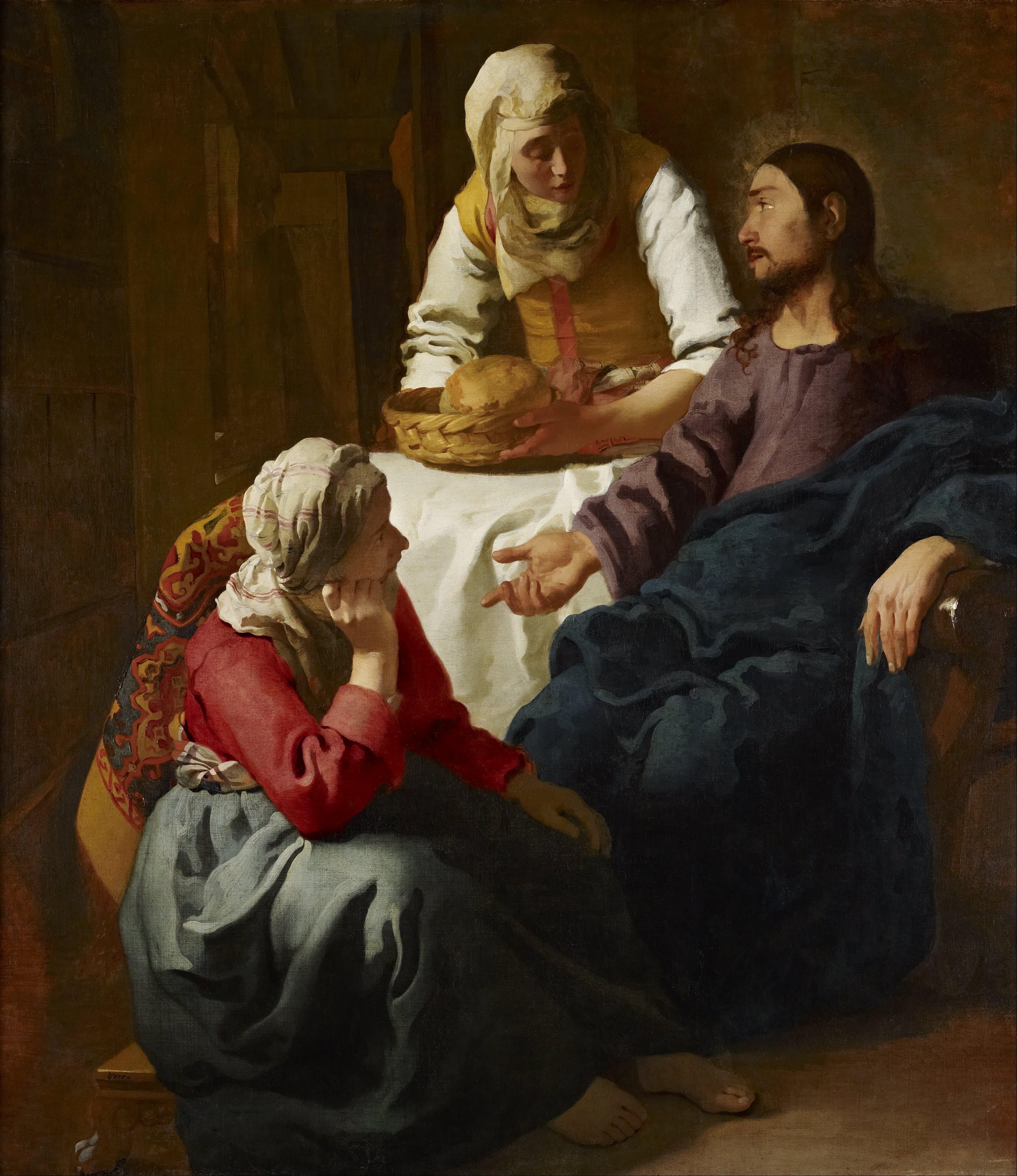