Let me begin with a story from Tony de Mello – shortened here:

The village priest was a holy man so each time the people were in trouble they had recourse to him. He would then withdraw to a special place in the forest and say a special prayer. God would always hear his prayer and the village would be helped.

When he died and the people were in trouble they had recourse lo his successor who was not a holy man but knew the secret of the special place in the forest and the special prayer. So he said. “Lord, you know I am not a holy man. But surely you are not going to hold that against my people? So listen to my prayer and come to our assistance.” And God would hear his prayer and the village would be helped.

When he too died and the people were in trouble they had recourse to his successor who knew the special prayer but not the place in the forest. So he said. “What do you care for places, Lord? Is not every place made holy by your presence? So listen to my prayer and come to our assistance.” And once again God would hear his prayer and the village would be helped.

Now he too died and when the people were in trouble they had recourse to his successor who did not know the special prayer or the special place in the forest. So he said. “It isn’t the formula that you value. Lord, but the cry of the heart in distress. So listen to my prayer and come to our assistance.” And once again God would hear his prayer and the village would be helped.

The central theme of the Word of God on this 17th Sunday is: prayer. The first reading narrates to us how Abraham pleaded with the Lord God on behalf of the people of Sodom and Gomorrah! Abraham’s prayer highlights a certain familiarity between Abraham and the Lord God. In the gospel reading of today, Luke collects together some teachings of Jesus on prayer – including that prayer that Jesus gave us as the pattern of all prayers. Underpinning these readings is an invitation towards an attitude in prayer that goes beyond particular formulas and specific locations.

Often people repeat one of the sentences that we heard read in the gospel of today to emphasize the dimension of faith in asking for favors from God: “Ask and you will receive, seek and you will find, and knock and the door will be opened to you” (Lk 11:9). In our reflection today, I would like to see these expressions as an invitation to go beyond asking for favors from God.

Ask: And he will give the Spirit to you!

Asking for our daily needs in prayer does have a place. This is at the center of intercessory prayer. This is also part of the prayer that Jesus taught us: “Give us each day our daily bread.” Asking God for our needs, although He knows our needs even before we mention them, is an expression of our dependence on His providence.
On the other hand, our prayer should not be need-focused. Only God remains the center and the sole focus of our prayer. Being problem-focused is a temptation in prayer. It is important to realize that we do not pray so that God might solve our human problems, but God is simply worthy of our praise and worship. This is the center of prayer.

It is also important to focus on the last sentence of the gospel reading of today: “How much more will the heavenly Father give the Holy Spirit to those who ask him” (Lk 11:13). Jesus is inviting us to focus on higher gifts. Even in the “Our Father”, besides asking for bread, Jesus invites us to pray: “may your name be held holy; your kingdom come; forgive us our sins; and do not put us to the test.” These are higher gifts to ask for. And prayer needs to focus on them.

Seek: And He will show Himself to you!

Some years back I ran a search on the word, “seek” on the digital Bible in my laptop. I came up with an interesting discovery. The word, “seek” is used in the Scriptures generally to denote only the relationship between human beings and God. Interestingly, in the Hebrew Scriptures it is human beings who seek the Lord God. For instance, the Psalmist prays: “It is your face, Oh Lord, that I seek. Hide not your face from me” (Psalm 27:7-8). Or David tells Solomon, “As for you, Solomon, my son, know the God of your father and serve him with a perfect heart and a willing soul… If you seek him, he will let himself be found by you… (1Chr 28:9).

In the gospels there is a new dimension to the word, “seek”. It is not merely that we human beings seek God, but it is God who seeks us out. Jesus would emphatically state, “The Son of Man has come to seek and to save the lost” (LK 19:10). So, another important aspect of prayer is to seek the face of God, but above all, to become aware that God seeks us out. This takes us to the third aspect of today’s reflection.

Knock: And you will find that it is He who was knocking!

The word “knock” is used in two contexts in the New Testament. First, in the context of prayer as we heard in the gospel reading of today. Second, in the Book of Revelations: “Behold, I stand at the door and knock. If one of you hears me calling and opens the door, I will come in to share a meal at that person’s side” (Rev 3:20). Therefore, after all, it is not we who are knocking. It is God in Christ who is knocking at the door of our heart. So then, is prayer becoming aware of the sound of the knock of God at the door of our heart?

I would like to conclude with an image from the Maasai people of East Africa. I take this from Vincent Donovan’s, Christianity Rediscovered. Donovan was an American Catholic Priest who worked in a very daring way among the Maasai in Arusha Diocese of Tanzania. He played down the centrality of his traditional “presbytery” and the parish church, and reached out to the Maasai in their manyattas (villages).

One day an elder came up to meet him in one of the manyatta’s. The elder was saying that the Maa (the language of the Maasai) equivalent for the word “faith” that the priest was using in his preaching was not deep enough. It simply meant, “to agree to”. Faith understood in this sense is like a hunter shooting the game. Only his eyes and hands are involved.

But the elder said, to believe is rather like a lion going after the prey. The lion knows the prey with all its senses, it moves towards it in an obsessive manner and takes possession of it so firmly, it just clings on to it; the lion envelops it. This is the way the lion kills, and this is the way man should believe in God.

This is what we realize when we get deep in prayer. God asks for our heart. He seeks us out. He keeps knocking at our door. 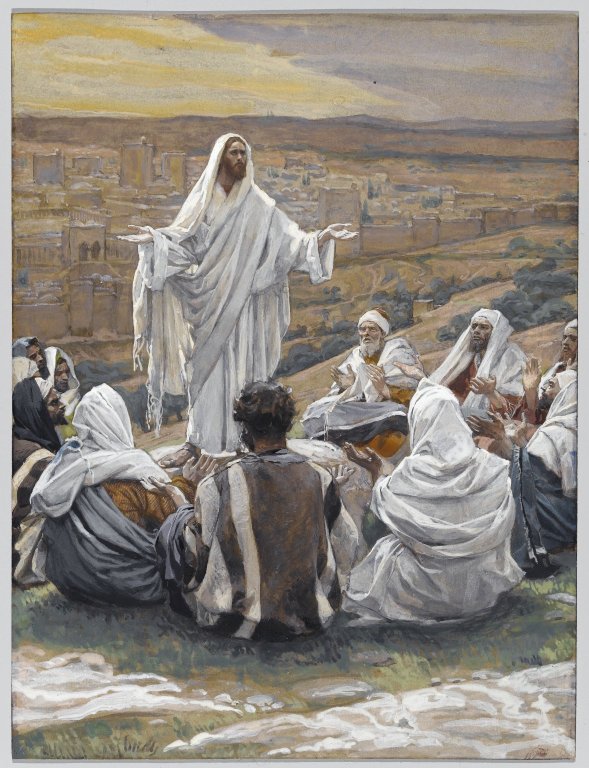