Seek the Things that are in Heaven

Once again with a story from Tony de Mello:

“What stone?” asked the sage.

“Last night I was told in a dream that if I went to the outskirts of the village at dusk, a sage would give me a stone that would make me rich forever.”

The sage rummaged in his sack and, pulling out a stone, he said, “Your dream probably referred to this one. I found it in the forest yesterday. Here, it’s yours if you want it.”

The man gazed at the stone in wonder. It was the largest diamond in the world—the size of a man’s head.

All night he tossed about in bed. At break of day he woke the sage and said, “Give me the wealth that makes it possible for you to give away this diamond.”

The Word of God on this 18th Sunday in Ordinary time invites us to “look for the things that are in heaven” (Col 3:1) – as St Paul invites us in the second reading of today. The first reading paints a negative picture of human life on earth. And in the gospel reading today, Jesus invites us to make ourselves rich in the sight of God! Apparently, the first reading and the gospel text discourage us from working hard and planning our future. These are only first impressions. At the core of the Word of God is an invitation to focus on God – and the things that are above. Let us look at the details.

All is not vanity, after all!

About two hundred and twenty years before the birth of Christ, there seems to have been a Sage in the Jewish tradition. He was simply called, Qoheleth or Ecclesiastes – which could mean, “The preacher”. He lived at a time when the people of Israel experienced an economic boom. People focused too much on money. They considered material wealth as the highest value – much like our own times. The preacher challenges this attitude by pointing out that our earthly race for wealth only seems futile. In this short book, the preacher keeps repeating words like “vain”, “futile”, “empty”, “meaningless”, “temporary”, “transitory”, “fleeting,” or “mere breath.” While surely there is some truth in his expressions, his tone seems only this worldly, and hence ending up in utter meaninglessness. He raises too many questions, and offers no meaningful answers. The answer is to be found in the Gospels, in the words of Jesus. And at the core of Jesus’ words is a call to focus on the Kingdom of God (Lk 12:31) and to desire the true treasures of heaven (Lk 12:33). And above all, to enshrine the primacy of God in our lives.

The Rich Fool: What was wrong with him?

To help us deepen this conviction about the primacy of God, Jesus tells us the parable of the Rich Fool. What was wrong with this man? Why is he called a fool? May be he was a hardworking man, or he was just lucky. He has had a good harvest. But surely, he is a man of future-orientation. He plans to expand his stores, and he looks forward to relax and enjoy his life. After all, there is nothing morally wrong with this rightful enjoyment. But there is only one grave mistake that the man is making – at the spiritual level: not only that his stores are full of wealth, but it is also that his soul is full of material concerns. He falsely consoles his soul. He does not realize that, after all, the good harvest was the gift of God. He does not appreciate the fact that these gifts are to be used to know God deeply. Therefore, God calls him a “Fool”. The rich man has not realized that he is in the image of God. Sadly, he draws his identity from his wealth. And such an identity is ephemeral – fleeting.
That is why, St Paul reminds us in the second reading of today: “You must look for the things that are in heaven… Let your concerns be on heavenly things, not on the things that are on the earth…” (Col 3:1-2).

Use the gifts of God to know God

During the course of the past week we celebrated the feast St. Ignatius of Loyola. In his Spiritual Exercises, in what is called the Principle & Foundation, St Ignatius offers a gist of the Word of God today:

The goal of our life is to live with God forever. God, who loves us, gave us life. Our own response of love allows God’s life to flow into us without limit. All the things in this world are gifts of God, presented to us so that we can know God more easily and make a return of love more readily. As a result, we appreciate and use all these gifts of God insofar as they help us develop as loving persons. But if any of these gifts become the center of our lives, they displace God and so hinder our growth toward our goal.

Stay blessed in seeking first the kingdom of God and the rest will be given to us !!!

The most impressive line up?

One morning years ago, Albert Nobel opened the newspaper and read his own obituary. A French reporter had carelessly reported Alfred’s death in place of his brother’s. Alfred was shocked. For the first time in his life he saw himself as others saw him. He saw himself as the ‘dynamite king’ who had spent his life making instruments of death and destruction. That morning Alfred decided to change his image. His resolution resulted in the annual Nobel Prizes in physics, chemistry, medicine, literature and peace. – Mark Link in ‘Sunday Homilies’

How much land does a man need?

A peasant named Pahom worked hard and honestly for his family, but he owned no land. He heard a neighbor lady was going to sell her farm. Pahom and his wife decided to use their small savings to buy the land. He loved his new property and became prosperous and joyful. One day a visitor came and told him about new land for sale beyond the Volga. Pahom now felt his little farm was too small. So he sold his small holding and bought a big plot. But even here he was not satisfied. He wanted to sow more wheat, so he rented extra land for three years. Then one day he met a traveler from the land of the Bashkirs who had bought thirteen acres of land for only one thousand roubles. Pahom drooled at the thought. He again sold his property and moved with his family to the new land. The chiefs came out to see him. He asked about buying property. He was told: “As much as you can run round on your feet in a day will be yours. But if you don’t complete the circle you lose your money.” Pahom agreed and made plans for the run. With a shovel he would dig holes to mark the perimeter. He started out at sunrise. As the day progressed he widened the circle of land ever further, but he also grew hot and tired and then panicked. As the sun was disappearing, Pahom ran furiously back to the starting point, his heart hammering. He arrived back just in time and fell to the ground – dead. His servant picked up his shovel and dug a grave for Pahom. Six feet of land, from his head to his heels, was all he needed. – Leo Tolstoy in ‘How much land does a man need?’

May we discover that all things pass away but God alone! 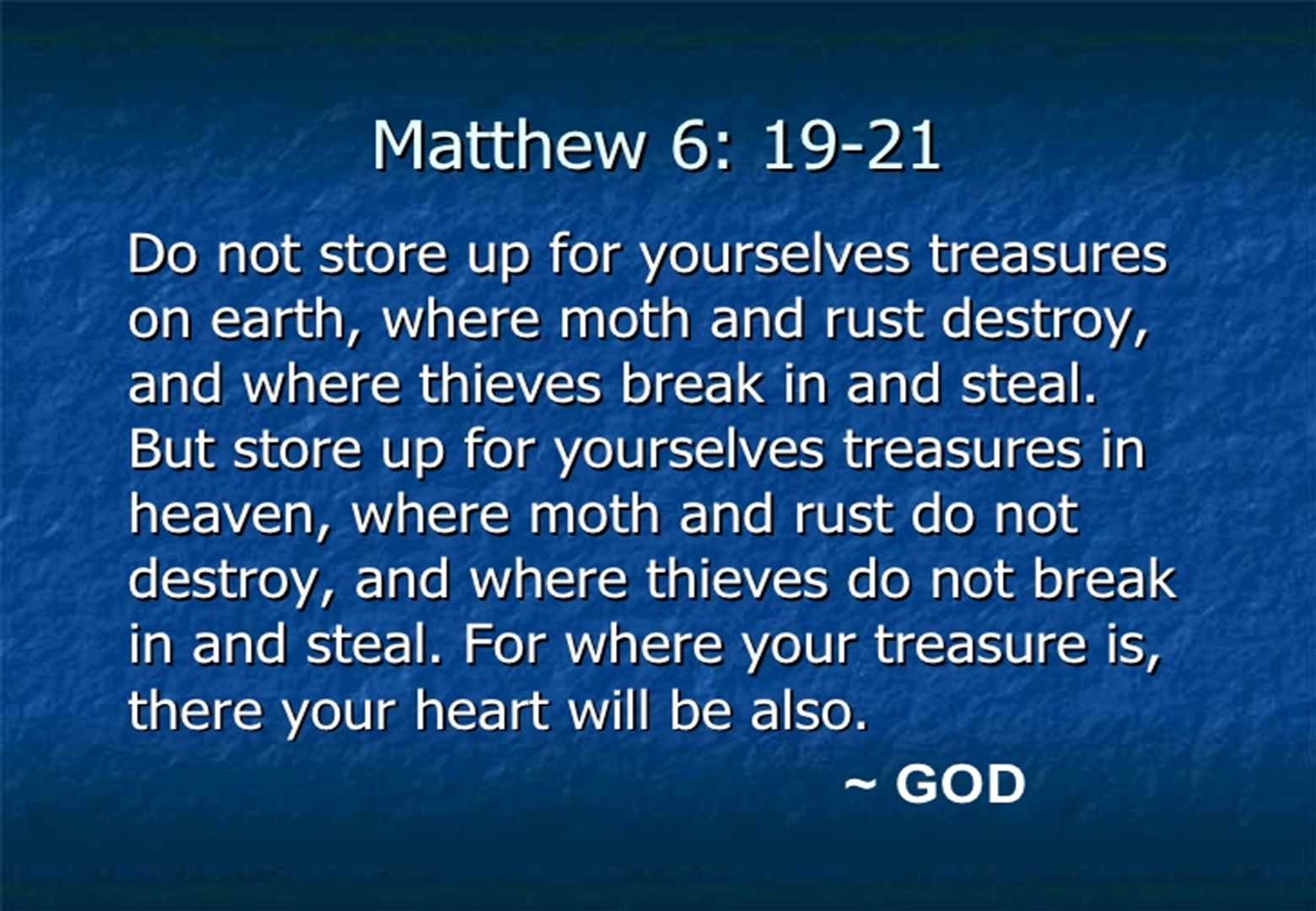