Twenty-sixth Sunday in Ordinary Time – A

“O LORD, WE HAVE SINNED AGAINST YOU AND DISOBEYED YOUR WILL.”

Today is the 26th Sunday in Ordinary Time and we further continue to reflect upon the meaning of Christian discipleship in the context of the Kingdom of God. The dominant theme of today’s Scripture Readings is to lead a virtuous life by being obedient to the will of God. In the First Reading from the Book of the Prophet Ezekiel, Ezekiel exhorts the people of Israel to renounce their wicked and evil ways and to embrace the life-giving grace of God. Conversion is a vital option and a personal challenge. There is only one way to life – by living a virtuous life here and now. God does not want the death of a sinner, but that he may live. The Gospel Reading from St. Matthew reiterates the necessity of making a fundamental option for the Kingdom of Heaven revealed in Christ Jesus. Today, we hear another Kingdom parable – ‘the Parable of the Two Sons.’ Here our struggle with obedience is exemplified by the two sons mentioned in the parable – the first son who first says ‘no’ but changes his mind later and does the will of his father, and the second son whose ‘yes’ is only in word and unrealized in deed. The ideal way is both to promise and to do – and that with graciousness. In the Second Reading from St. Paul’s Letter to the Philippians, we have the magnificent Christological hymn about Jesus’ own spirit of service and selflessness. It describes the Incarnation, the act of Divine Condescension, as an act of obedience. Christ who willingly surrendered his divinity to assume the condition of a slave is held up as the supreme model of obedience.

A CALL TO CONVERSION:

The Prophet Ezekiel lived in the harshest of times around 600 BC, when the southern kingdom of Judah had fallen under the subjugation of the Babylonian Empire and the people were carried away into exile. But the people of Israel held responsible their ancestors’ sins for this evil fate; also, they blamed God’s unfairness in abandoning them to the Babylonians. In the First Reading the Prophet Ezekiel tells the exiled people that each individual is held accountable for his own actions. One is not doomed and helpless before an evil fate of another person’s doing. He exhorts them to renounce their wicked and evil ways and to embrace the life-giving grace of God. He says that those who turn away from their wickedness by doing what is right and just, will be saved. At the same time, those who consider themselves previously saved and have turned away from their righteousness to commit sins, will die for it. This is a very powerful message. Conversion is a vital option and a personal challenge. There is only one way to life – by living a virtuous life here and now. The prophet was convinced that restoration of the nation depended on a remnant remaining faithful, and so he preached conversion and individual responsibility as the basis of their hope.

THE PARABLE OF THE TWO SONS:

Today’s Gospel parable – ‘the Parable of the Two Sons’ – is the second of the three consecutive parables about vineyards, presented to us in the context of the Kingdom of God. Last Sunday we heard ‘the Parable of the Laborers in the Vineyard’ and next Sunday we will be presented with ‘the Parable of the Wicked Tenants.’ All three of these parables are clearly addressed to the Jewish authorities and are meant to express their deep hypocrisy and their ultimate refusal to accept Jesus as the Messiah and the message of his Gospel. They are tough parables. Jesus delivered them right from the shoulder. He did not use diplomatic language. Put yourself in his sandals. He had but hours to live.

Now, coming back to today’s parable itself – It is unique to the Gospel of St. Matthew. It is also called ‘the Parable of the Better of the Two Bad Sons’ and is one of the most easily understandable of all the parables of Jesus. It describes a situation we can all identify with and one that we surely all have experienced. It is a parable about obedience and disobedience. It is about compliance and rebellion. It is about changing one’s mind in a positive way and changing one’s mind in a negative way. It is fundamentally about the choices we make in life.

Jesus first begins by asking the chief priests and the elders of the people, “What is your opinion?” Then he tells them the parable. In the parable there is a man who has two sons. He tells one to go and work in the vineyard. The lad refuses but later changes his mind and goes. The second one is also told to go. He agrees to do so but in the end he does not.

They both changed their minds! But actions speak louder than words….

Now, the First son, who said ‘no’ to his father appears to be the worse of the two, for he denied his father in a way that the second son did not. He was a surly chap, who at first refused to work in his father’s vineyard. And yet, because he later repented and did what his father wanted him to do, he is assured a place in the Kingdom.

Again, the Second son, who said ‘yes’ when his father told him to go out to the vineyard and work, loves his father only with his words. He is false to his father. He promised him to go and work in the vineyard, but did not deliver.

b) “Which of the two did his father’s will?”

At the end of the parable Jesus asked the chief priests and the elders of the people, “Which of the two did his father’s will?” And they answered, “The first.”

After this Jesus immediately talked about the tax collectors and prostitutes, whom the religious authorities wrote off as worthless sinners. They were aware that they did not live according to God’s laws but were open to a change of heart, to conversion. They recognized John the Baptist as a true pattern of righteousness and heeded his word and repented. Also, when they met Jesus they experienced a radical transformation in their lives. They listened and they responded. They were like the first son who at first refused to obey his father, but then had a change of heart, and did what was asked of him. Then to the indignation of the religious authorities, Jesus said that these repentant sinners would enter heaven before those who thought their place there was assured.

On the other hand, the Pharisees and the elders of the people were like the second son who at first promised to obey his father, but at the end, did not deliver. They spoke much about God and, in particular, how God was to be served by a strict observance of the Law. They claimed to be willing to do God’s will. They thought they, above all others, were pious and obedient. And yet their commitment was shallow and empty. They refused to heed John the Baptist, and would not listen to Jesus, the Son of God, or follow his instructions. At the end they were scolded by Jesus for failing to believe in clear evidence, for failing to change their minds when necessary and desirable.

Again, it would be a great mistake for us to think that this parable was directed only against the Pharisees and elders. Jesus is questioning each of us. Are we like the second brother and the religious authorities? Do we claim to be devout, religious people, who are willing to obey God, while, in fact, refusing to do his will? Or are we like the first brother and the sinners – people who at first refuse to obey God, but then repent and do his will? If so, we’re in a far better state than those who are full of empty good intentions. The point of it is that we are all a bit of both. Neither of the sons nor what they represent is ideal. Instead, we must be people who say, ‘Yes’ to God’s will, mean what we say and do it.

JESUS THE SUPREME MODEL OF OBEDIENCE:

The text of today’s Second Reading from St. Paul’s Letter to the Philippians is among the most famous of his poetical pieces and is called the Christological hymn. It speaks of the awesome dignity of Jesus as the Son of God. St. Paul says this in the context of a plea for greater unity in the Christian community at Philippi. In urging the Christians to serve each other’s needs with the deepest respect, he asks them to have the mind of Jesus himself, to think like he does. He then points to Christ’s humble obedience to the will of his Father unto death, even the most shameful death on the cross. Jesus Christ thus is the supreme model of total surrender to the Father’s saving will. St. Paul invites the Philippians to live in such humility and obedience to God. He says that Jesus, ‘though he was in the form of God,’ made his human love and compassion his ultimate tool of witness-giving. He ’emptied himself’ and gave his all as an expression of his love for everyone even for those who did not love him. His salvation was a salvation for the whole world, without exception. Because of his supreme generosity, he was exalted and glorified by God. As disciples of Jesus Christ we are obligated to be be faithful to him and are called to be obedient to the will of God in our life.

Christ as model of obedience challenges us today to narrow the gap between our word and action. In the gospel parable, both sons are confronted with a moral decision. There is a complex interplay of motivations, verbal responses, actions taken or not, and ultimately a decision to reverse course. As one follows the unfolding narrative of the parable, it becomes clear that Jesus is inviting his audience to recognize their own situation in the radical choice which confronts each of the sons. How we decide whether or not to follow the Father’s will for us is a matter that touches the deepest recesses of our hearts. This is about more than behavioral conformity – it is about conversion to the reign of God, a conversion open to sinners just as much as it is available to the righteous. Today, we hear that one might say ‘Yes’ to God and later lose his soul by disobedience. Or, the other way around, one might say ‘No’ to God and later save his soul by an act of obedience. In the final round up, it is only by deeds that we prove what we really are. It is only by our actions that we establish whether we are genuine or insincere. We may well be surprised to find that those who had been dismissed as being beyond redemption are welcomed into heaven, while some we would have expected to be present are not there. Let us then humbly pray and say, “O Lord, we have sinned against you and disobeyed your will,” so that we may be numbered among the repentant sinners whom Jesus welcomes into his Kingdom. And this is the Good News of today. 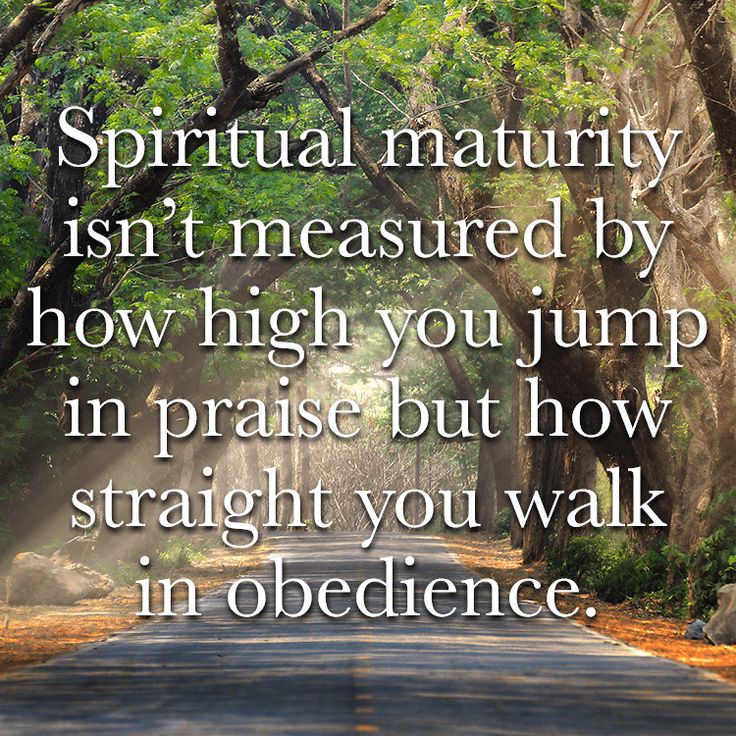