Posted on December 6, 2017 by friargaspar

On June 22nd 1998, the Church of Corpus Christi in Moyross in Limerick was destroyed by fire causing an estimated £250,000 worth of damage. At first it was thought the fire started because of a candle that had fallen on the floor but the forensic examination showed that that the fire started in an extension cable for the organ. It overheated because it was left rolled up instead of being fully extended. The fire was so strong that even the marble melted. Yet a wooden statue of Our Lady survived, although the statue was blackened and scorched. The statue had a marble base which was destroyed. There was a plaster canopy over the statue which was also destroyed. The damage around the statue was so severe because it was located close to the point where the fire started. The Limerick Leader newspaper quoted the caretaker as saying “I can’t understand how the statue of Our Lady survived when everything else around it went to pieces.” The sacristan was quoted as saying, “God certainly works in mysterious ways.” They planned to re-install the statue of Our Lady in the church after it is renovated. (This was reported in The Curate’s Diary in July 1998.)

We are all born with original sin. Baptism as well as bringing us into the Catholic Church also washes away original sin. Today we honor Our Lady because she was conceived free from original sin. From the first moment of her existence Our Lady was not contaminated by original sin just as the statue of Our Lady in Limerick survived the fire when everything else around it was destroyed. We believe Our Lady’s Immaculate Conception was a special grace given to Our Lady in advance because of her Son Jesus’ dying and rising. Time means nothing to God and God who had planned that his Son would become flesh and dwell among us, also planned that an Immaculate Mother would give birth to Jesus.

Today, Holy Mother Church commemorates and celebrates the Blessed Virgin Mary under the title of Our Lady of the Immaculate Conception. This feast celebrates the Church’s dogmatic teaching that the Blessed Mother was given the gift from God of being conceived without original sin. That is to say, that from the moment of her conception, Mary was given the grace not only of freedom from original sin, but of being the only human being other than her Divine Son who lived a life without sin. The Church teaches that the Blessed Mother was given this very special Grace of liberation from the effects of sin in part because she would be the Mother of God, she would bear the second person of the Blessed Trinity in her womb for nine months. As any scholar of the Old Testament could tell you, God could not dwell in the presence of sin.

Even though the dogma of the Immaculate Conception was infallibly defined in 1854 by Blessed Pope Pius IX, the Immaculate Conception is something that has been believed as a matter of reality in our faith for many centuries. We see evidence of the reality of the doctrine that Mary was conceived without sin when the angel Gabriel greeted her to announce to her that Christ was going to be born and that she was going to give birth to him. The older translations of today’s Gospel render Gabriel’s greeting as “Hail, Full of Grace!” and we still say that every time we say the Hail Mary. Some Catholic commentators through the years, going back even to some of the Church Fathers themselves, have said that this expression “full of grace” literally means that Mary was filled with an abundance or with the fulness of sanctifying grace. Gabriel did not merely address the Blessed Mother as “Mary,” but as “Full of Grace,” or the “Highly Favored One,” because she wasn’t just another woman, she was about to be the Mother of God.

This was an entirely unique greeting for a person, the Blessed Mother, who was, in the words of Lumen Gentium (56), “filled with an entirely unique holiness,” someone who had free will, and could have easily said no…but she was unimpeded by all of the imperfections of human nature that come with sin, so Mary was able to give herself over totally to the will of God, completely able to cooperate with the Plan of Salvation. It is true that she sets a holy example for all of us, because we are all called to cooperate with the Plan of Salvation in our own lives, as well as in the work of the Church, but by God’s gift, Mary was able to cooperate fully and completely with that plan from the moment of her conception.

We look on the purity of Mary with admiration. She is the first believer in Jesus. She is the first Christian. We look on Mary as a model for us. Everyday we struggle against temptation and sin, or because of events in the past that have hurt us. We can and should pray to Mary to help us on our journey, to help us fight temptation and sin. In our first reading we heard about Eve leading Adam into sin. Mary is the New Eve because at the Annunciation and all through her life Mary restored the relationship broken by the first Eve. She is the New Eve because she is the mother of all those born into new life through Grace in Christ. For this reason another translation of Gen 3:15 in the first reading today reads as Mary crushing Satan’s head. In our moments of trial let us turn to Mary for help. She like us had to struggle with what it means to be a follower of Jesus. In the temple Simeon predicted that a sword of sorrow would pierce her soul (Luke 2:35). When Jesus was lost she had to learn that Jesus’ heavenly Father comes first (Luke 2:49). Mary too had to take up her cross after Jesus even though she was immaculate.

What the Church does not teach us about the Blessed Virgin Mary, unlike what some of our Protestant brethren seem to think that we believe about her, is that Mary is in any way divine… she was not and is not divine. The Church teaches that the gift of being conceived without original sin was given to her by virtue of the fact that she was to be the Mother of God, so it is safe to say that other aspects of our humanity are things in which Our Lady shared and that she fully understands, and that reality is what makes her such a powerful intercessor for us in our prayers.

Four years after the Church formally defined the dogma of the Immaculate Conception of the Blessed Virgin Mary, Saint Bernadette Soubirous experienced the first of her apparitions of the Blessed Mother at Lourdes. She was only fourteen years old at the time, and in the French society of that day, the reality that her family was very poor meant that she had no social standing, so when she tried to explain that she was having visions of a beautiful lady in what we know today as the Grotto at Lourdes, no one believed her, at first not even her parish priest gave any credence to what she was saying. It wasn’t until the Lady that she was seeing identified herself, and then Bernadette shared this that people began to wonder if there was a whole lot more to the story.

The Lady in the Grotto did not identify herself simply as Mary. Instead, she identified herself with words that a Pyrenean peasant girl with little theological education at the time would not have been very familiar with. She said “I am the Immaculate Conception.”

And on this Feast of the Immaculate Conception, it is fitting that we remember the words of the intercessory prayer that is inscribed on the Miraculous Medal of Our Lady: “O Mary conceived without sin, pray for us who have recourse to thee.”

“I AM THE IMMACULATE CONCEPTION” 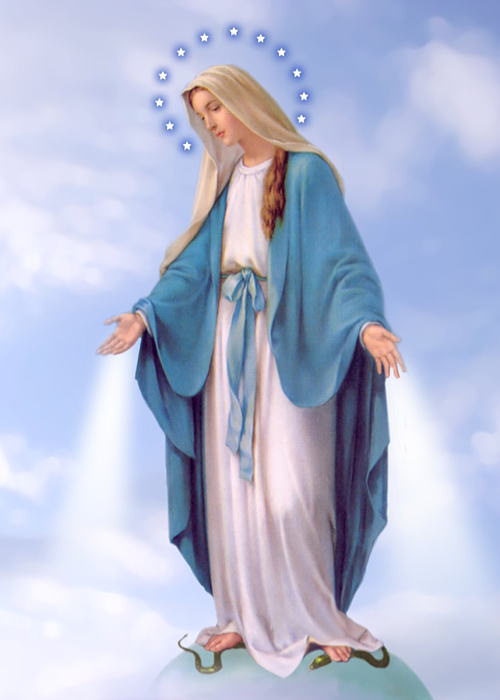 This entry was posted in Advent, English, Friar Gaspar, Year B. Bookmark the permalink.