The Epiphany of the Lord – B

EVERY NATION ON EARTH WILL ADORE THE LORD

The word Epiphany, which means appearance or manifestation or showing forth, marks Jesus’ first appearance to the Gentiles. “Epiphany” refers to God’s Self-revelation as well as to the revelation of Jesus as His Son. Epiphany is an older celebration than the feast of Christmas, having originated in the East in the late second century. In Italy and Spain, the gifts traditionally associated with the Christmas season are exchanged today, on the feast of the Epiphany. Among Italians, it is believed that the gifts are brought by the old woman, Befana (from Epiphany), whereas Spanish custom attributes the gifts to the kings or magi. The feast commemorates the coming of the Magi as the first manifestation of Christ to the Gentiles in the Western Church. In the Eastern Church it is also the commemoration of the baptism of Christ. The angels revealed Jesus to the shepherds, and the star revealed him to the Magi, who had already received hints of Him from Jewish scriptures. Later, God the Father revealed Jesus’ identity at His baptism in the Jordan. In the synagogue at Nazareth, Jesus revealed himself as the promised Messiah. These multiple revelations are all suggested by the Feast of the Epiphany.

Today’s first reading from Isaiah is chosen partly because it mentions non-Jews bringing gifts in homage to the God of Israel. The passage also celebrates the divine light emanating from Jerusalem and foresees all the nations acknowledging and enjoying that light and walking by it.

Today’s Psalm (72) expresses the hope that all the kings of the earth might pay homage to and serve the God of Israel and His Messiah. Thus these two readings hope for a time when “the people of God” will embrace all nations.

In the second reading Paul affirms that through Jesus, membership in God’s people has been extended and made available to all peoples. In other words, it is through Jesus that the Jews and the Gentiles have become “coheirs, members of the same body and copartners in the promise.” Today’s gospel teaches us how Christ enriches those who bring Him their hearts. Since the Magi came with joy in their hearts to visit the Christ child, God allowed them to see wondrous things. At the same time, today’s gospel hints at different reactions to the news of Jesus’ birth, foreshadowing his passion and death, as well as the risen Jesus’ mandate to make disciples of all nations (Mt. 28:19).

The magi and the star

The sixth century Italian tradition that there were three magi, Gasper, Balthazar, and Melchior, is based on the fact that three gifts are mentioned in Matthew’s gospel: gold, frankincense and myrrh. The Magi may actually have been Persian priests or Babylonian astronomers or Nabataean spice traders. Eventually, however, they were pictured as representatives of different peoples and races. The Orthodox Church holds that the Magi consisted of twelve kings, corresponding in number to the twelve tribes of Israel.

Commentary on the Torah by Jewish rabbis suggested that a star appeared in the sky at the births of Abraham, Isaac and Moses. Likewise, in the Book of Numbers, the prophet Balaam speaks of “a star that shall come out of Jacob.” Stars were believed to be signs from God, announcing important events. Thus, the brightness of the light to which kings were drawn became the star in Matthew.

Gold, frankincense and myrrh may be thought of as prophesying Jesus’ future. Gold was a gift for kings; frankincense (an ancient air purifier and perfume) was offered to God in Temple worship (Ex. 30:37); and myrrh (an oriental remedy for intestinal worms in infants) was used by the High Priest as an anointing oil (Ex. 30:23) and to prepare bodies for burial. These gifts were not only expensive but portable. Perhaps Joseph sold the gifts to finance the Holy Family’s trip to Egypt. The gifts might have been God’s way of providing for the journey that lay ahead.

The Epiphany can be looked on as a symbol for our pilgrimage through life to Christ. The feast invites us to see ourselves as images of the Magi, a people on a journey to Christ. Today’s gospel also tells us the story of the magi’s encounter with the evil King Herod.

b) Another group composed of priests and scribes ignores Jesus

c) The members of a third group — shepherds and the magi — adore Jesus and offer themselves to Him.

A. The destructive group
King Herod considered Jesus a potential threat to his kingship. He was a cruel and selfish king who murdered his mother-in-law, wife, two brothers-in-law and three children on suspicion that they had plotted against him. Later, the Scribes and Pharisees plotted to kill Jesus because he criticized them and tried to reform some of their practices. Today, many oppose Christ and his Church because of their selfish motives, evil ways and unjust lives. Children still have Herods to fear.

B. The group that ignored Christ
The Scribes, Pharisees and the Jewish priests knew that there were nearly 500 prophecies in the Hebrew Scriptures concerning the promised Messiah. They were able to tell Herod the exact time and place of Jesus’ birth. They were in the habit of concluding their reading from the prophets on the Sabbath day by saying, “We shall now pray for the speedy arrival of the Messiah.” Unfortunately, they were more interested in their own selfish gains than in discovering the truth. Hence, they refused to go and see the child Jesus–even though Bethlehem was quite close to Jerusalem. Today many Christians remind us of this group. They practice their religion from selfish motives such as political power, prestige and recognition by society. They ignore Jesus’ teachings in their private lives.

C. The group that adored Jesus and offered Him gifts
This group was composed of the shepherds and the Magi. The shepherds offered the only gifts they had: love, tears of joy, and probably woolen clothes and milk from their sheep. The Magi offered gold, in recognition of Jesus as the king of the Jews; frankincense, in acknowledgment that he was God, and myrrh as a symbol of his human nature.

1. Let us make sure that we belong to the third group.

a) By worshipping Jesus at Mass with the gold of our love, the myrrh of our humility and the frankincense of our adoration. Let us offer our very selves, promising God that we will use His blessings by doing good to our fellow men.

b) By choosing a better path for our lives. Just as the Magi chose another route to return to their home, let us choose a better way of life, abstaining from proud and impure thoughts, evil habits and selfish behavior and actively doing acts of charity.

c) By becoming the Star, leading others to Jesus, as the star led the Magi to Him. We can remove the darkness of evil around us by being at least like burning candles radiating Jesus’ love by selfless service, unconditional forgiveness and compassionate care.

2. Like the Magi, let us offer Jesus our gifts on this feast of Epiphany.

a) The first gift might be friendship with God. After all, the whole point of Christmas is that God’s son became one of us, to redeem us and call us friends. God wants our friendship in the form of wholehearted love, commitment and devotion.

b) A second gift might be friendship with others expressed by encouraging them by our visits and helping them in their needs.

c) A third gift might be the gift of reconciliation. This is the gift of repairing damaged relationships in and outside our families. Giving it requires honesty, humility, understanding, forgiveness and patience.

d) The fourth gift of this season is the gift of peace: seeking God’s peace in our own lives through prayer, sacramental life and daily meditation on the Word of God.

There is a 19-century English Christmas Carol, Christina Rosetti’s A Christmas Carol, which begins “In the bleak midwinter.” The carol sums up in its last stanza the nature of “giving to the Christ child.”

What can I give him, poor as I am?

If I were a shepherd, I could give a Lamb.

If I were a wise man, I could do my part. 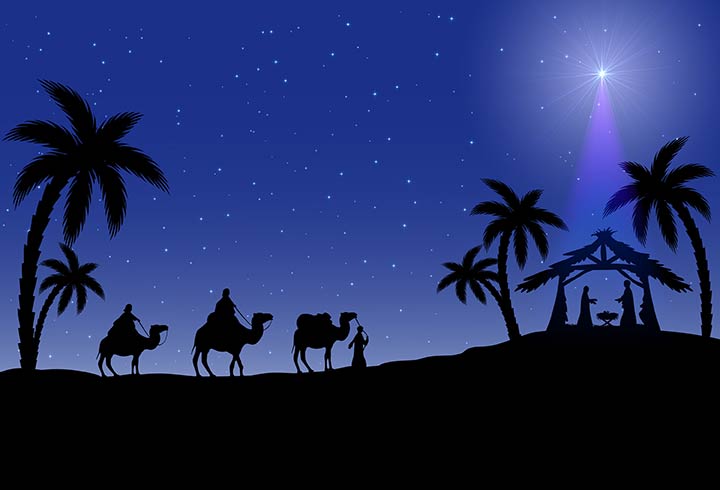 This entry was posted in Christmas Season, English, Fr Franco, Year B. Bookmark the permalink.