Use money to win you friends

A clear message in the gospels: Renunciation

The gospel of this Sunday took a lot of effort to prepare a sermon on. For one, this is one of the repeated themes in the gospels:

• In the Beatitudes, Jesus begins with a counter-cultural statement, “How blessed are you who are poor: the kingdom of God is yours” (Lk 6:20).
• In his preaching, particularly in the Gospel of Luke, Jesus would often repeat: “Sell your possessions and give to those in need. Get yourselves purses that do not wear out, treasure that will not fail you, in heaven where no thief can reach it and no moth destroy it” (Lk 12:33).
• In the parable of the rich man, God said, “Fool! This very night the demand will be made for your soul; and this hoard of yours, whose will it be then?” And Jesus concludes “So it is when someone stores up treasure for himself instead of becoming rich in the sight of God.’” (Lk 12:16).
• Elsewhere, Jesus would say, “Yes, it is easier for a camel to pass through the eye of a needle than for someone rich to enter the kingdom of God.” (Lk 18:22).
• One of the unique parables of Jesus in the Gospel of Luke is that of Lazarus and the rich man. The story ends by picturing an unbridgeable abyss that was created between the two by the indifference of the unnamed rich man.
• And in today’s gospel, “No servant can be the slave of two masters: he will either hate the first and love the second, or be attached to the first and despise the second. You cannot be the slave both of God and of money” (Lk 16:13).

So, one thing comes out clear to me: Jesus consistently warns us against hording up earthly wealth. Nowhere in the gospels, does Jesus praise material wealth as a blessing, nor does he promise some sort of earthly reward for being faithful. Therefore, this is the first point of my reflection: as Christians we cannot simply justify our desire for wealth with the best of intentions.

The second reason why the homily of today was difficult to prepare was that the message of the gospel story of today seems very clear: “Use money, tainted as it is, to win you friends, and thus make sure that when it fails you, they will welcome you into eternal dwellings” (Lk 16:9). It is quite straight forward. So why a homily?
Strange enough, as I continued to read and reflect I came to discover much more about the gospel text of today. I will begin with an understanding of the text and then I will point out some of the implications of this text in the contemporary society.

The Astuteness of the Steward

The so called dishonest steward is being praised by the master not for his dishonesty. On the contrary, he is being fired for being wasteful with the master’s property. But the steward is praised because he was astute to realize a basic truth about his future when he might not have access to the kind of wealth which he could squander around.

He said to himself, “Now that my master is taking the stewardship from me, what am I to do? Dig? I am not strong enough. Go begging? I should be too ashamed. Ah, I know what I will do to make sure that when I am dismissed from office there will be some to welcome me into their homes” (Lk 16: 3-4). Here then is the crux of the story of today: the steward could have very well asked the debtors to give him part of the debt. After all, the master seems to have no idea of the amount owed to him by his debtors. The steward could have made some good money out of it. But he plans to do something more lasting: to use of the wealth to build something more lasting – friendships. This is the beauty of his realization. He uses the present wealth to invest on future relationships. A tragedy with a happy ending, it seems! That is the paradox with the wealth of this world! Jesus therefore takes the parable to a future that is beyond this world. He concludes, “And so I tell you this: use money, tainted as it is, to win you friends, and thus make sure that when it fails you, they will welcome you into eternal dwellings” (Lk 16:9).

The Astuteness of the Contemporary World

As I researched on the gospel text of today, I came across a lot of stories and facts about people who are using their wealth to make friends even today. There are the philanthropists. We know that the gap between the rich and the poor is ever growing at an accelerated rate. For instance, over 40% of the wealth of USA is held by a mere 1% of the population of the country. However, we also know that some of the world’s richest people are giving away a large part of their wealth to enhance the lives of others. Well known among them is Warren Buffett, who in 2008 was the world’s wealthiest man. He has pledged to give away 99% of his personal wealth to charities via the Gates Foundation. The founder of Microsoft, Bill gates himself has contributed US$28 billion to the Foundation. A possible paradox with the wealth of this world: these people enjoy making money to give it away.

I hardly expect any of the listeners (or even the readers) of my homily to be millionaires. So you might think: Oh, how sad, I don’t have enough to commit myself to the Giving Pledge! Well, you don’t need to give away 99% of your wealth, you might consider giving away 1% of your income! But giving it away happily “to win you friends, and thus make sure that when it fails you, they will welcome you into eternal dwellings” (Lk 16:9). In any case, even if we do not have much of personal wealth, we may be part of organizations and companies that have resources to give away. As good Christians we could advocate Corporate Social Responsibility (CSR).

First and foremost, CSR is a built-in, self-regulating system whereby a business monitors and ensures that the company actively with the spirit of the law and ethical standards. For us Catholics, one clear set of criteria for ethical standards could be explored within the Social Teaching of the Church. At another level, Corporate Social Responsibility consists also in giving away part of the profit back to the larger community. May be we Catholics need to be active agents of such initiatives. 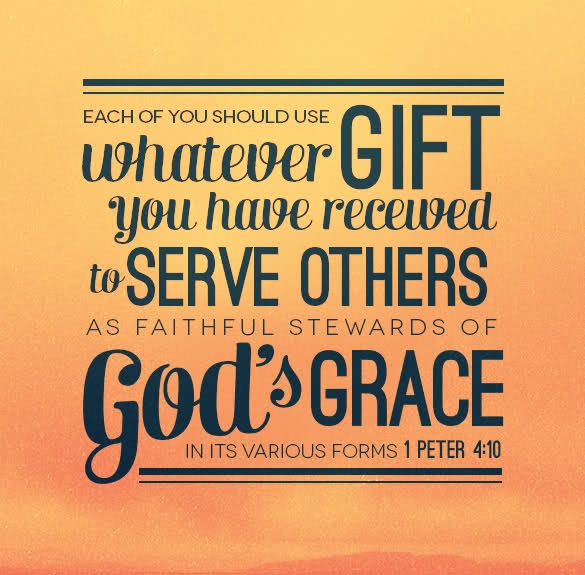